The Angriest: September 2017 in review 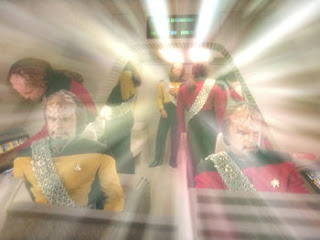 Lieutenant Worf's crazy journey through an array of parallel universes in the Star Trek: The Next Generation episode "Parallels" was a pretty fun episode to review, and it became the most-read post on The Angriest in September. You can read the review here. Also popular with readers were reviews of the Doctor Who episode "The Pandorica Opens" (link) and the Colditz episode "Chameleon" (link).

Altogether, in September 2017, I wrote one full-length film essay, two new films in cinemas, five older films, 10 TV episodes, one anime review, and short reviews of 51 comic books. A full list of posts with links is included below the cut. Thanks for reading The Angriest this past month.