The Angriest: August 2018 in review 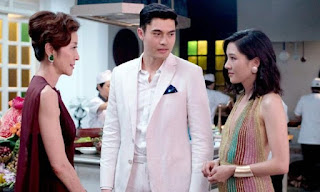 With the Melbourne International Film Festival dominating August, most of my blogging this past month was based around film reviews for both FictionMachine and FilmInk. Over here at the Angriest, the most popular posts included reviews of comic books including Daredevil, Oblivion Song, and Hawkman, and the classic videogame Ikaruga. Over at FictionMachine, the most popular new reviews were of the films Crazy Rich Asians and The Happytime Murders.


Altogether in August 2018, I wrote 12 reviews of new and festival films, two older films (both, weirdly, starring Tom Cruise), three Dreamcast videogames, and 32 comic books. A full index of posts is below the cut.