The Angriest: April 2017 in review 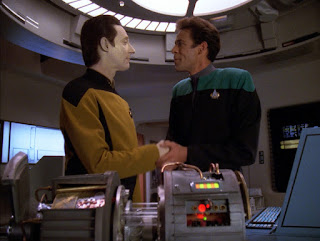 I spent a fair chunk in the middle of April visiting family and attending Swancon 2017 in Perth, so this put a bit of a dent in the number of blog posts produced. The most popular post here on The Angriest was my review of the Star Trek: The Next Generation episode "Birthright, Part 1", which you can read here.

This month saw the long-awaited release of Doctor Who's 10th season. This year my Doctor Who reviews are appearing over at FilmInk, so check the website out each Monday after the episode's broadcast to read my thoughts on it. As always, my film reviews are now posted over at FictionMachine, including April's special-length essay on The Wolfman.