Whither Batman?: the Future of the Dark Knight on Film 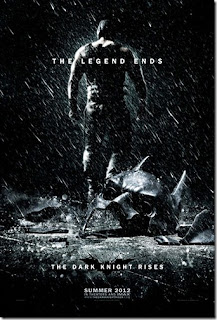 The Dark Knight Rises is in cinemas, rounding off Christopher Nolan's Batman trilogy as one of the best Hollywood's ever produced. It's up there with Star Wars and Toy Story as a massive achievement in narrative filmmaking, each film working on its own as a satisfying action thriller and all three working together as an epic story of Bruce Wayne and Gotham City. It's likely make an awful lot of money, and between the three Nolan films - Batman Begins, The Dark Knight and The Dark Knight Rises - Warner Bros' earnings are likely to number in the low billions.

So where to now? Should Warner Bros leave Nolan's trilogy well alone and leave Batman on the shelf for a few years? Should it dive in and start developing a reboot straight away? Or should it attempt the tricky proposition of a fourth "Nolanverse" movie?

Warning: absolutely do not click through to the rest of this article if you haven't seen The Dark Knight Rises. This article will spoil it for you, and it really is a film you don't want to have spoiled.

The safe option for Warner Bros would be to reboot the franchise and start all over again. It's been done before, and inevitably it will be done again. Sony even demonstrated this year with The Amazing Spider-Man that you can reboot a franchise a lot sooner than conventional wisdom might suggest. Now if they were to take this option I think they'd be best off avoiding another origin story. It wastes time, and audiences worldwide already know how Bruce Wayne came to be the Batman. A strong director, a good lead actor and a fresh villain could easily put together a tight, action-packed summer blockbuster by 2015 - or even 2014 if they get their running shoes on. I've always thought Batman was Hollywood's best-suited character to the James Bond approach: an ongoing franchise, with the studio releasing a new largely self-contained action flick every 2-3 years like clockwork.

The safe option is the boring option, however. I'd argue that Nolan has raised the bar on the Bat so high than any self-contained action flick is going to disappoint. He's demonstrated that you can do so much more with the character, and the fictional universe he inhabits. 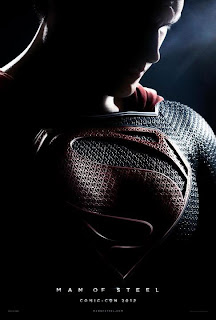 So a reboot, for me, is out. It feels cheap. It would be an obvious, artless plot for more money. So that brings us to option two: rest the character. It was eight years between Batman and Robin and Batman Begins. It's possible that Warner Bros needs to wait about as long again, to give audiences a chance to put Christian Bale's performance out of their minds and accept a fresh actor and a fresh interpretation. That would put a new film in cinemas for 2020. What can Warner Bros do in the meantime? Well, there's Man of Steel coming next summer for one thing. I'm not a fan of Zack Snyder's hyper-stylised films (Watchmen, 300, Sucker Punch) but his teaser trailer to Man of Steel has an intriguingly different, sort of handheld look. I've gone from intrigued to eager. By next year I may even be keen.

There are also a lot of other decent DC characters waiting around for a chance at their own summer blockbuster. Wonder Woman, obviously. The Flash. Aquaman. Okay, maybe not Aquaman, but there's definitely an argument that Wonder Woman deserves one shot at cinema stardom before Batman gets his tenth (not including serials).

The problem for me with option two is that I'm too big a Batman fan. I really hope Warner Bros do eventually get a Wonder Woman movie off the ground, but that doesn't mean I don't want more Batman as soon as I can get it. I like watching Batman on the big screen. 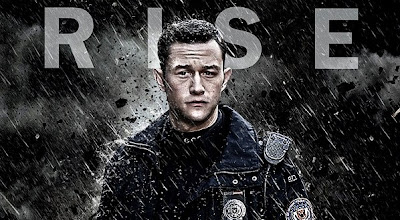 This brings us to the deeply risky manouevre of option three: continuing the Nolanverse. I'm assuming by this point that you've seen The Dark Knight Rises, which concludes with a presumed-dead Bruce Wayne in comfortable retirement and John Blake discovering the Batcave. How amazing was that final shot? How desperate did it make you to see what happens next? I can't speak for you of course, but personally I haven't been this keen to see a sequel since the end of... well, actually, since the end of Batman Begins.

So this is my pick. This is what I'm desperately hoping Warner Bros choose to do. A second trilogy, set immediately after Rises, tracking the development of John Robin Blake as the second Batman. I think if Wanrner Bros are smart they'll follow the Lord of the Rings route: film three movies in one massive film shoot and then release them one a year over a three year period. I think if they're really smart they'd aim to have the first one out for Christmas 2016 - they have a Hobbit film out for Christmas 2012 and 2013, and if Peter Jackson gets his deeply misguided way they'll have a third out for Christmas 2014. Starting a new Batman trilogy from 2016 allows the studio to have the #1 holiday season blockbuster for the next six years.

One of the beautiful things about Batman as a character is that he brings with him so many great supporting characters and villains. Superman has Lex Luthor and General Zod, and if you're a comic book reader you can probably add Brainiac and Mr Myxlptlk. Spider-Man works much better: he has the Green Goblin, Dr Octopus, the Vulture, Venom, Carnage, the Sandman and the Lizard (among others). Batman tops the list, though: he's got the Joker, the Penguin, Catwoman, Poison Ivy, Harley Quinn, Bane, Mr Freeze, Two-Face, the Riddler, R'as al Ghul, the Scarecrow, and many, many more. There are a vast number of characters not yet seen in the Nolan films that could easily be introduced for three more movies.

Some of the characters I'd be looking at for a Nolanverse continuation would be:

I think that's probably more than enough fantasy filmmaking for now. Continuing Nolan's franchise is a risky manouevre for Warner Bros to take, and I think they'd want to make sure Nolan himself was happy with that before proceeding, but I honestly think it's the option that brings the biggest potential rewards and would result in the best possible Batman films for the future.