Doctor Who: Season 9 in review 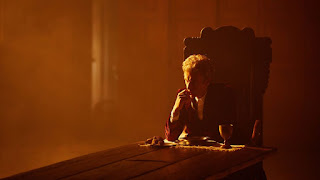 Last year I was pretty underwhelmed by Doctor Who, and it came at a time when I felt I should have been energised by it. A new Doctor, played by an actor of whom I was already a keen fan, and who instinctively felt like a better fit for the role than either of his two most immediate predecessors. The problem was that while the star had changed, the series around him had not. It was almost a "business-as-usual" approach from executive producer Steven Moffat, at precisely the time when everything should have been thrown up in the air and changed around. He did it so well when Matt Smith debuted in Season 5; I wanted something like that, and didn't get it.

We definitely do get an adjusted style of Doctor Who with Season 9, but rather than a shock change it was a subtle adjustment over a period of episodes. It began very much in the style of Moffat's earlier seasons, but it ended somewhere a bit slower, a bit darker, and a lot more textured and mature. The season premiere, "The Magician's Apprentice", feels like any number of Steven Moffat episodes from the previous four seasons. By the time we hit the finale, "Hell Bent", it feels tonally changed. It's clearly the work of the same writer but the sort of emotional beats he's hitting have changed. There's a great focus on dialogue than on frantic activity. I actually liked every episode this year, some more than others, and that's a feat I haven't managed in any prior season of the revived show.

So what specifically worked and didn't work in Season 9? Let's break out some dot points and see.