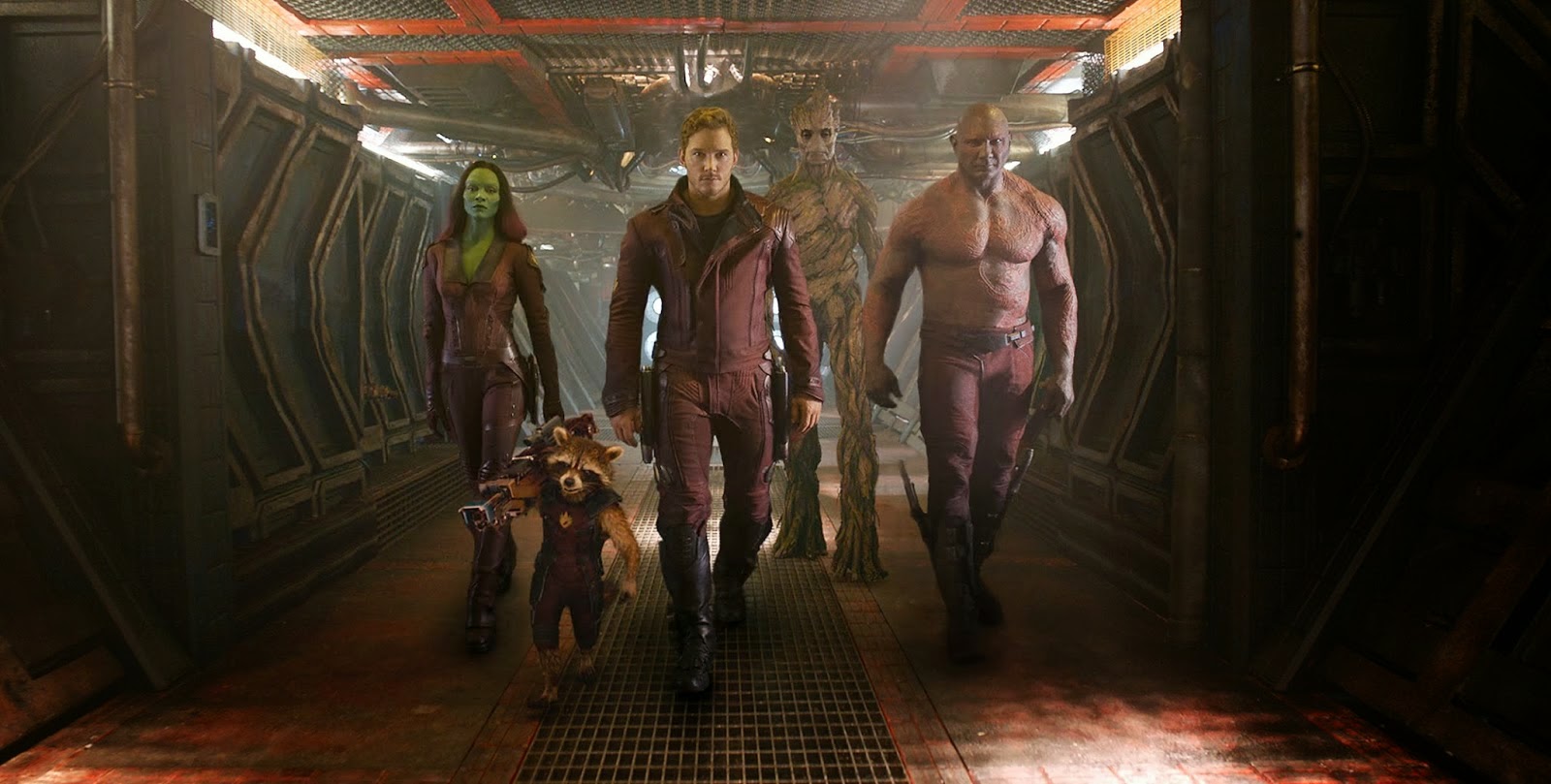 Unless you're a professional film critic, and can dedicate much of your working year to seeing every major and independent film release, compiling a 'year's best' list is a problematic task. Inevitably there are going to be critically acclaimed films that you miss, turning any amateur list into essentially a 'year's best... except for all of those other movies'. I missed quite a lot of films in 2014 that I expect could have made my list, including Whiplash, The Grand Budapest Hotel, The Wind Rises and The Raid 2. I'll catch up with them all in due course, but for now they're out of contention for the list.

Take the list below not as some attempt at an authoritative 'best', but simply 14 films released in Australia for the first time in 2014 that I think are well worth your time in tracking down and watching.

This one, technically a 2013 film, scraped into Australian cinemas in January 2014. It's a wonderful drama, part biographical picture and part Hollywood making-of story. Yes it's inaccurate in places - although oddly not in the places most people think - but it's also lifted up by great performances by Emma Thompson, Tom Hanks and Paul Giamatti. Here's what I had to say in my review at the time: 'This is a film made by its performances, and despite any flaws in accuracy or fidelity to the truth is one of the most entertaining dramas I've seen in ages.'

I stayed away from this one in the cinema, fearing the combination of Russell Crowe seemingly phoning in a Gladiator-style gravelly-voiced performance with a simplistic story taken from about eight lines in the Bible. I should not have doubted Aronofsky's talent. In his hands Noah is a strange, lyrical, post-apocalyptic fantasy with Crowe delivering one of his strongest performances in years. When reviewing the film, I wrote: 'There's so much to appreciate here, however, whether it's the mise-en-scene, the staggeringly impressive visual effects or the complex performances.'

It's flawed, and its second half struggles to match its first, but Big Hero 6 remains a hugely entertaining family film with some fantastic and wildly enjoyable characters. And yes, its appeal is almost entirely due to Baymax. From my review: 'The highlight is absolutely Baymax, a deadpan robot designed as a medical assistant who is co-opted into becoming a karate-fighting, armoured crime-fighter. He gets most of the best jokes and lines, and is sure to become a popular favourite.'

2014 was a pretty great year for Lord and Miller, who also wrote and directed the comedy sequel 22 Jump Street - which defied all logic when it comes to Hollywood comedy sequels and was almost good enough to make this list. With The Lego Movie they hit the ball out of the park: the animation style was brilliant, done in CGI but faultlessly emulating stop-motion, while the storyline cleverly zeroed in on why so many people - millions of people - have such a close emotional connection with Lego toys. For some reason I didn't review it when it came out in cinemas. I may have to grab the DVD and remedy that soon.

10: Guardians of the Galaxy

The thing that separates Marvel Studios from a lot of their competitors are casting and character. If we're going to be brutally honest, Marvel movies don't usually tell exceptionally well-structured stories. What they do brilliantly, however, is present perfectly-crafted heroic characters and then cast them brilliantly. This film showed comedy actor Chris Pratt could be an action star, gave Zoe Saldana her best SF role so far, and even showcased the comic talents of wrestler Dave Bautista. The plot of this film is all over the place, but when the characters are this likeable and the screenplay filled with laugh-out-loud dialogue, it's easy not to notice. I reviewed the film here.


Directed by Anthony and Joe Russo.

What separated Marvel's two movies for 2014 was plot, pure and simple. While Guardians of the Galaxy boasted the more entertaining characters, The Winter Soldier actually told a great and unexpected story. I had been very underwhelmed by the first Captain America movie, so this outstanding sequel came as quite a surprise. In my review I wrote: 'It's smarter than your average blockbuster, has a wealth of funny one-liners, a good sense of character and a very deft ability to move chess pieces around a board to both satisfy the needs of a self-contained story and to prepare the way for a third film in 2016.'

8: The Tale of Princess Kaguya

A lot of attention was directed this year to Hayao Miyazaki's swansong The Wind Rises, which finally hit Australian cinemas, but in the clamour over that film many missed the swansong of Miyazaki's Studio Ghibli stable-mate Isao Takahata. Always the more experimental and bold of the two, Takahata finishes his career with this striking adaptation of a Japanese folk tale that's animated in the style of traditional Japanese art. It's eye-catching and effective, and while the film is a little over-long it sticks in the mind for a long time after it's complete. I reviewed the film here.

7: The Kingdom of Dreams and Madness

With the retirement of Miyazaki and Takahata, what better time to release a feature documentary about Studio Ghibli and its cantankerous lead director? This film is an extraordinary insight into Hayao Miyazaki - his personality, his working practices, and his philosophy - and is wonderfully directed and edited. It's very easy for a documentary about filmmaking to turn into a glorified DVD extra feature: Kingdom avoids this, and manages to become the most emotionally effective documentary I saw this year. In my review I noted that 'it is also both bold and impressive that Sunada makes no attempt to hide herself within her own film. She is not simply a narrator: she and Miyazaki speak to each other regularly, back and forth from either side of the camera. She offers opinions quite openly, and makes no vain attempt to remain objective or separate from her subject. It gives the film a very personal edge, and it works in part because we never really leave the people of Studio Ghibli.'

I saw this film on a whim during the Melbourne International Film Festival (MIFF), because it was a drama from Cote d'Ivoire, and I figured what other opportunity would I get to see an Ivorian movie? I haven't managed to get the film out of my head since. It has a strange atmosphere, somewhere between brutal reality - Cote d'Ivoire is far from the world's most peaceful country - and otherwordly magical realism. In my review I wrote: 'It was the first film from that country to play at the prestigious Cannes Film Festival, and now it's enjoying a well-deserved run of the festival circuit. This isn't just a case of condescending cineastes indulging in a little bit of cultural tourism: Run is an absolutely stunning achievement in filmmaking.'

A 2013 feature that, like Saving Mr Banks, took its time in coming to Australian screens. I adore Takashi Miike, Japan's most productive and versatile filmmaker. He made two features in 2013; one, Shield of Straw, was a deadly serious police thriller, the other, The Mole Song, was a gleeful and near-nonsensical comedy about Japan's least competent junior policeman getting sent undercover to crack a yakuza syndicate. No film in 2014 made me laugh harder. From my review: 'Toma Ikuta is an immensely appealing lead, playing Reiji with a blend of incompetence, foolishness and charm. The character is utterly out of his depth, and Ikuta does a good job varying the tone of his performance as he goes: sometimes running around in a blind panic, sometimes headstrong and over-confident. Reiji is an idiot, but he's an idiot we like.'

Diao Yinan's film is a faultless film noir, shot in the stark, iced-up environs of a northern Chinese city. Liao Fan stars as Zhang, an alcoholic disgraced ex-cop turned security guard, who can't help but investigate a string of murders. He delivers an outstanding performance in a film grounded with gritty realism and understated mise-en-scene. I was particularly impressed with the film's treatment of violence. From my review: 'When the film erupts into gun violence, it is undertaken in a remarkably realistic fashion. An early shoot-out takes place in a hair dressing salon. Maybe eight shots are fired in total. There's no flashy photography, no musical score. Just people shooting guns, and people getting shot. I was physically unnerved by the end of it.'

Korean master filmmaker Bong Joon-ho went to Hollywood, got screwed by Hollywood, and when his latest film Snowpiercer finally limped onto Australian screens (after its American distributor tried and failed to edit it against Bong's wishes) it was on so few screens most potential audiences missed it entirely. They should all remedy that now that the film is out on home video. It's an outstanding science fiction fable with a great cast of American, British and Korean actors. In my review I wrote: 'Korean film has been growing in stature and reputation internationally, pretty much for the past 15 years. Its best directors have been making tentative steps into making films on a more international front, whether it's Park Chan-wook directing Stoker or Kim Jee-woon directing The Last Stand. Snowpiercer is the first film of this time that feels like it's emerged fully-formed and with its integrity intact. This is the real deal. This is a must-see.'

This is a Catalan film performed in Russian about three psychic dwarves hired by an Austrian performance artist to steal a mysterious artefact from its guards in a nearby nuclear power plant. It's surreal, ridiculous, frustrating, gut-bustingly funny and easily the film that I have spent the most time thinking about this year. When I saw it at MIFF most of the audience audibly hated it as they stumbled resentfully out of the theatre; I thought it was bravura filmmaking of the most wonderful kind. In my review I wrote: 'This is a strange movie, and appreciation of it is going to vary wildly from person to person. I adored it. This is brave, unusual, deliberately confusing cinema, best enjoyed by simply relaxing and letting Caballero's whimsy take you on the ride, right up to the point when he playfully bites the hand that's feeding him.'

As Miyazaki and Takahata ride into the sunset, a new generation of Japanese animators rise to take their place. Yasuhiro Yoshiura's Patema Inverted owes a tonal debt to Miyazaki, but it also feels particularly distinctive: it's a film that builds on the work of earlier filmmakers - notably live-action directors like Terry Gilliam - and constructs an artful and thoughtfully composed work in its own right. The film follows Patema, who climbs down a deep shaft near her underground city - only to stumble onto a strange parallel world below, where up is down and she runs the genuine risk of falling into the sky. I think The Distance is the more inventive film, but in terms of pure enjoyment From my review: 'Stylistically the film is marvellous. Yoshiura had done a sensational job portraying a world with two peoples for whom gravity runs in opposite directions. It's a mad concept, but he not only makes it visually impressive but it never gets confusing - and as the film's physics develop to near Nolan-esque levels that's a serious feat indeed.'
Posted by Grant at 11:11 PM