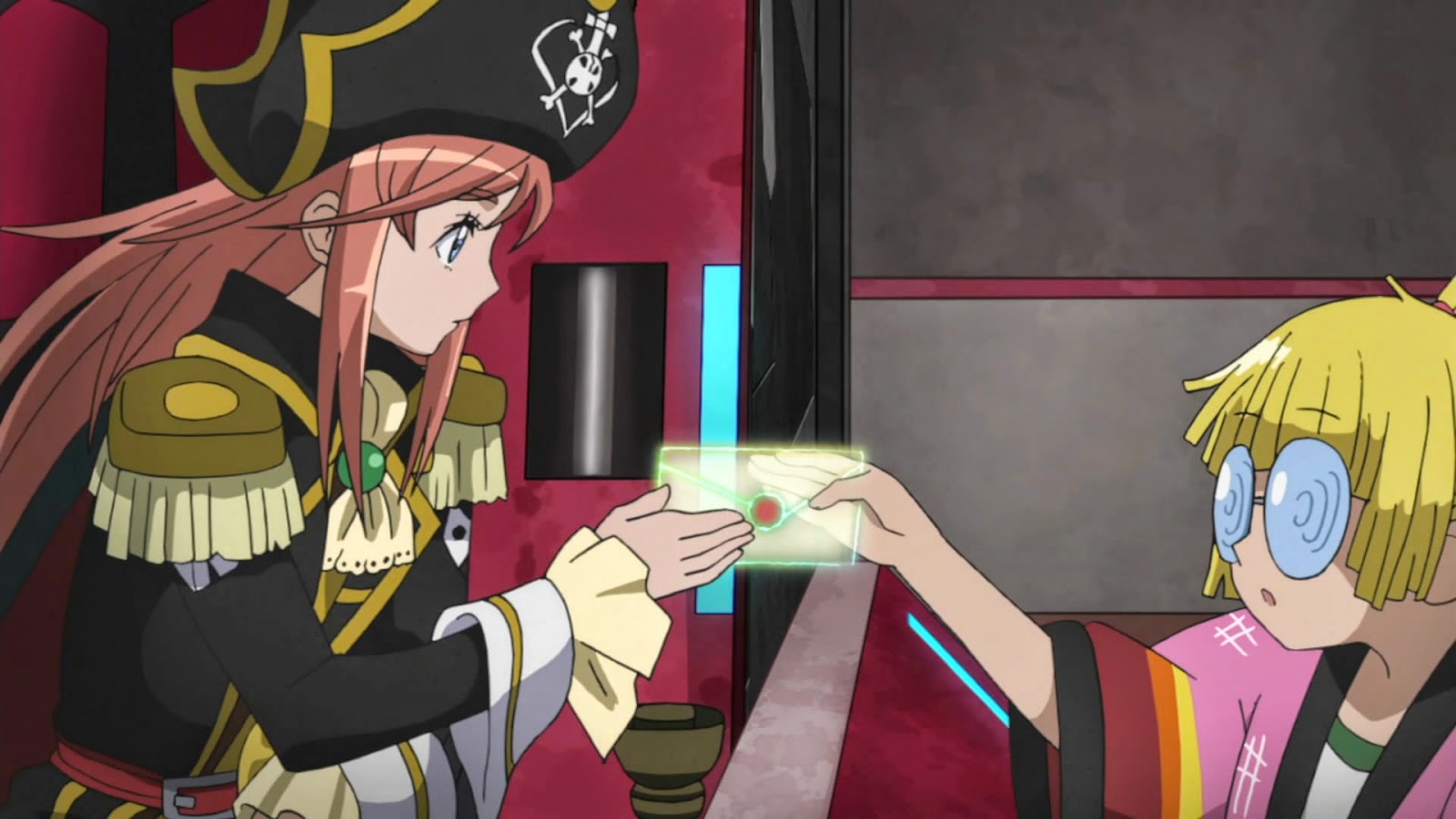 The Bentenmaru continues its quest for the Golden Ghost Ship, with the Serenity fleet hot in pursuit. When all of the ships are caught in a spacial rift, things look difficult for Captain Mariko - until the source of the rift turns out to be the Golden Ghost Ship itself.

"Wanderer of Light" is the 11th episode of Bodacious Space Pirates, and the fifth in this current "Ghost Ship" story arc. It features a nice amount of action and suspense, but it remains an incredibly slow series. There's just too much padding going on. While we do finally reach the Golden Ghost Ship, and its arrival is pretty awe-inspiring, we don't actually get inside yet. Just finding the ship has taken something in the region of two hours of screen time. I like the characters in this series, and the visual aesthetic, and the basic set-up, but they're really dragging their feet in terms of actually doing things.

It must be said that there's some nice science fiction going on in here though. We've got sub-light speed generation starships, gravity wells, spacial distortions and subspace. It's easy to pay more attention to the more traditional anime/manga tropes of the series - mini-skirted high schoolers in pirate costumes, for example - and overlook that this is an honest-to-god science fiction series at the same time.

This episode also benefits from the introduction of Princess Gruier's younger sister, Princess Grunhilde (great name, guys: says it like a fairytale and isn't afraid to be laughed out of the room). Until now the opposing Serenity fleet has been a group of anonymous battle cruisers. By putting a face in front of them, and making her the sister of the Princess, gives the storyline a personal edge that it didn't previously have.

At the episode's end the Bentenmaru is docked inside the Ghost Ship, which is sliding back into subspace. It's a great cliffhanger - I just wish we'd gotten here an episode or two sooner. Still, it's pretty entertaining stuff, leaving Bodacious Space Pirates with a quality ratio of 73%.
Posted by Grant at 6:23 PM