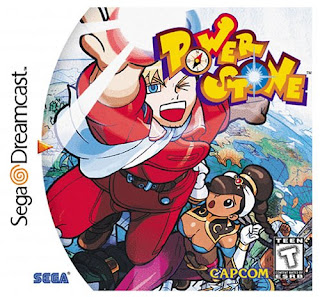 First and foremost, the game is hugely playable. It doesn't take long to get a handle on how the game plays, and once you're up and running it takes a long time to fully master gameplay. The additional dimensions of play, plus the addition of power-ups - should your character collect the titular 'power stones' - gives the game a nice sense of longevity.

Like most Capcom titles it is also beautifully designed, with a vibrant use of colour and variety between the playable characters. It is no surprise that the game was soon spun off into a television anime series, since design-wise it is truly top-notch.

The game was later followed by a sequel, Power Stone 2, that included simultaneous four-player gameplay and added several new playable characters. Long after the Dreamcast had gone, both Power Stone games were bundled into a re-release on the PlayStation Portable (PSP) hand-held console. Now the IP sits waiting for a canny producer at Capcom to revive it for a third round. It certainly deserves it.
Posted by Grant at 2:33 PM