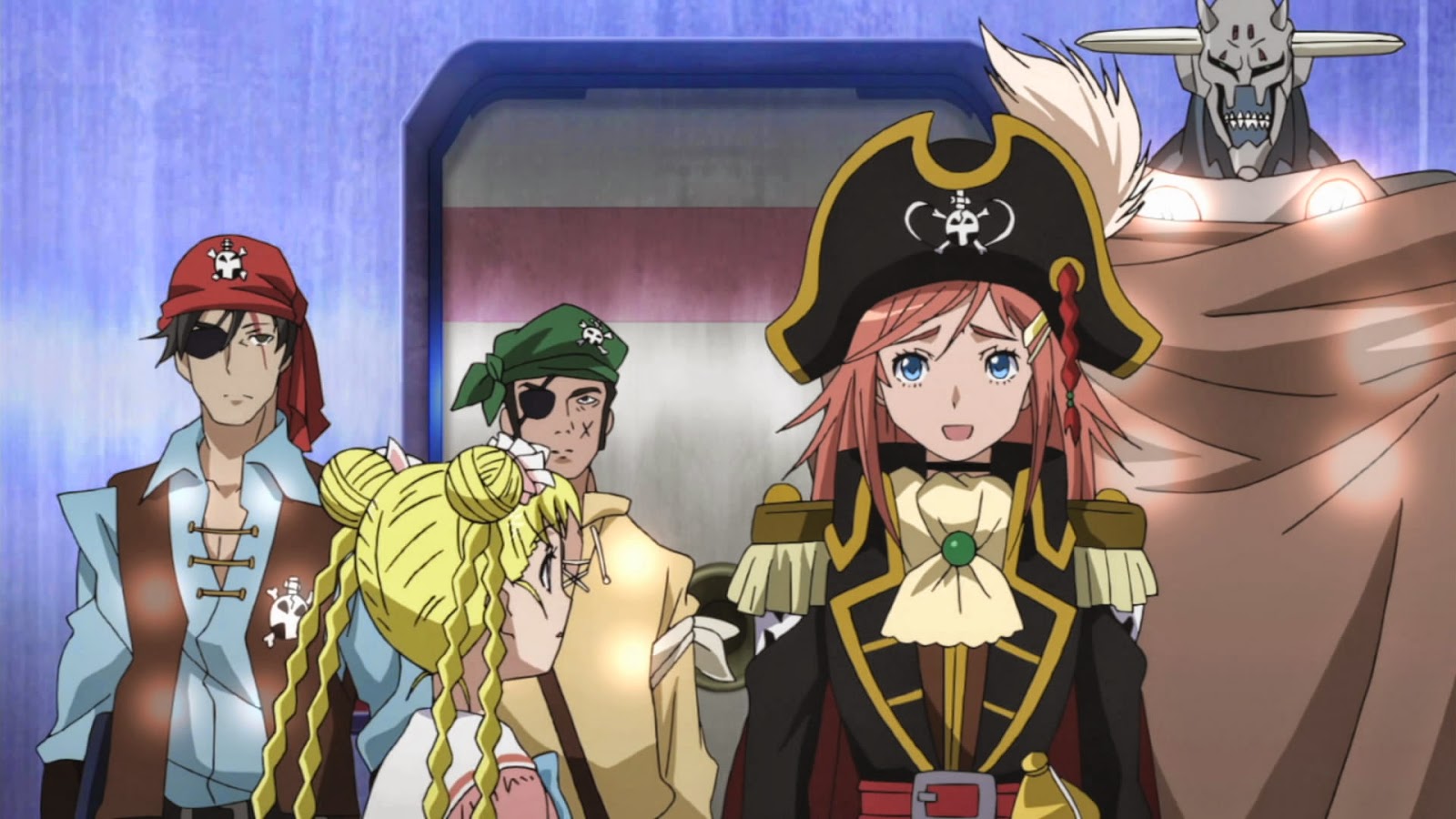 Marika and Princess Gruier receive data on the location of the golden ship, but before they set off to find it they must return to school for a series of meeting and conversations. Jenny plans a school yacht club cruise to cover for Marika's absence. Chiaki admits that Barbaroosa will be hunting down the ghost ship and destroying any rivals on the way. Not a lot else happens.

I just cannot get my head around this series. Every time it feels like the show is finally firing on all cylinders, I find an episode like this one. Very little happens here. It ends pretty much where I figured it would begin, with the Bentenmaru finally off on its quest to find the long-lost 'golden ghost ship'. Quite why it takes so long to get there is beyond me.

There are, I suppose, a couple of explanations for this episode. The first is padding: it's a 26-part anime, so maybe they felt the need to space out each storyline as much as possible to avoid running out of material. The second is fidelity to the source material: the series is adapted from some light novels - perhaps this whole lengthy preparation is part of the novel and they didn't want to eliminate it for fear of displeasing its fans. The third is that the makers of Bodacious Space Pirates think their anime is a lot more serious and well plotted than it actually is.

There's an old (probably the oldest) saying about writing stories: show, don't tell. This is a series about a high school student who inherits a pirate ship, and that's the show I really want to see. It's the show I really enjoy whenever they put Marika at the helm of the Bentenmaru. Episodes like this, which seem largely dedicated to talking about being a schoolgirl space pirate captain, are simply nowhere as interesting.

I watched this episode a while ago, and put off writing about it because I honestly didn't know what to write. It's just there, not interesting enough to care about but not bad enough to condemn. I really have no momentum with this series at all. I like it in the main, just not enough to watch it very fast.

This is the ninth episode of Bodacious Space Pirates, and the third one I simply can't bring myself to recommend. That leaves the series with a quality ratio of 67%, which is good - but could be so much better if they just tightened things up.
Posted by Grant at 5:52 PM